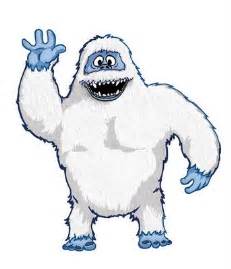 It was a fine day at professor Charles’ office, he was just getting ready for a lecture at the university. His day had started off pretty well and he had high hopes for the lecture. He was humming his favorite tune as he went through the script once again when the door opened, it was Benjamin the professor’s faithful (yet klutzy) assistant.

“Professor Charles, someone wants to meet you.”

The professor was used to it, a lot of people wanted to meet him to ask questions,autographs,news reports,etc.”Tell him to meet me after six.” said the professor hardly bothering.

“But he says its urgent,” replied Benjamin.

“Okay, send him in,” said the professor heavily.

An old and short man shuffled forward, he spoke in a deep voice, “Good afternoon professor, it’s very nice to meet you.”

“Good afternoon, so why did you want to meet me? An autograph?”asked the professor.

“Oh no, not an autograph but I have some shocking news for you,” the old man said with a grin.

“Nonsense!” snapped Professor Charles.”Nothing shocks me, I am a scientist.”

The man, ignoring the professor continued, “Do you remember the lodge you had booked to research on bears?”

“It seems a Yeti has been found there.”

The professor was speechless, Yetis had always fascinated him.”Tell me more about it,” he asked impatiently.

“I am afraid I can’t,” said the man and left without a word.

“Cancel the lecture, we are leaving for Canada right away.”

Benjamin looked rather puzzled. “Are you…,” but before he could finish the professor shouted again, “And also book the lodge we were in last time, no other lodges, tell them we will pay triple the base amount.”

“Yes sir,” said Benjamin as he left the room.

They had booked the earliest flight and reached the next morning. As soon as he reached the professor dumped his luggage and left to investigate,but in vain, all he found was a baby bear, footprints of a dog and a piece of hair which he later found out was Benjamin’s.

Disappointed he went back to the lodge, it was late night already.

“Was it all a joke?” he thought to himself.

He stared out of the window while sipping his coffee. The forest was covered in snow and everything was plain except a man wearing a big white coat. At least, he thought it was a man.

The Yeti was walking towards the window, the professor jumped out of his seat an 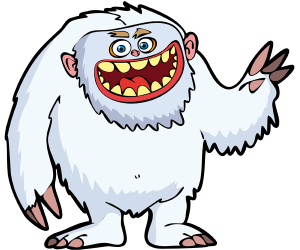 d dashed towards the door.He was so impatient that he hardly wore his jacket. It was shivering cold but the professor did not bother and followed the footprints.

He didn’t notice that he was walking into a dense forest, he had lost his way and even the footprints had disappeared in the snow. He looked around him he heard rustling between the trees, a small leaf landed on his nose.

The professor couldn’t hold it back, he let out a huge sneeze, tumbled down a slope and splashed into a pool of icy water, the professor was in a fix he couldn’t swim, he kept rippling and splashing in the water and finally drowned.

For a moment he had lost all hope but then, he heard a giant splash, he could feel a woolly hand catch him but then he fainted, the stress was too much for him.

When he came to, he was lying on a comfy bed in the lodge. “Thank God!” he heard a familiar voice, “I was so worried when you were fallen in front of the door.”

The professor had somehow reached back at the lodge. Was it the Yeti who brought him back?”Some things are better left in the dark,” thought the professor and enjoyed the rest of the day sipping coffee.