Battle of Schools: Deens vs. Hogwarts by Himashree 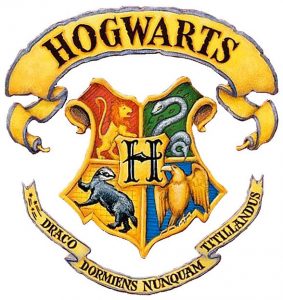 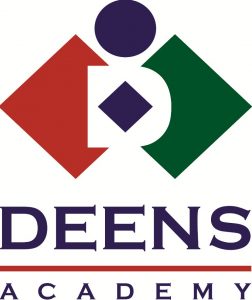 Hogwarts School of Witchcraft and Wizardry is the school for witches and wizards all over Great Britain. Mainly introduced to us in the Harry Potter series written by J.K.Rowling, it is one of the dream schools where many Potter fans would love to go!

And well, I suppose Deens Academy Gunjur, while very popular here, is not that famous. It neither has witches turning a hedgehog into a pincushion nor wizards hexing people to hang in the air by their ankles. Deens Academy is not a magic school, after all. It’s a Muggle school in Bangalore, India. It follows the CBSE syllabus and teaches regular subjects like Chemistry, Biology and Math (instead of Potions, Transfiguration and Herbology.) We love Deens Academy as well as Hogwarts, so here’s a look at what makes each special in its own way…

Here in Deens Academy, our teachers are… beyond words. They’re hardworking, efficient and we can confide in them all our thoughts and feelings. They do not loathe students because of their Dad (we’re looking at you, Snape) nor do they tell you your death will arrive the moment you enter the FIFA World Cup!

The new block is safer than the castle

Fine, I agree that Deens Academy doesn’t have an amazing 50-foot tall castle beside a lake, but it also doesn’t have a 30-foot snake which can petrify you with its stare. At Hogwarts, the staircases move on Friday, there are doors that are not doors but just pretending to be, doors that open if we ask politely and doors that lead you to giant three-headed dogs guarding secret trapdoors.

At Deens, stairs don’t move, doors are simply doors and can’t pretend anything and the only creatures in our midst are the many, many butterflies near the entrance. There’s only one thing we have that Hogwarts did – the huge crowd, and I mean, huge with a capital H.

This is the main point. WE DON’T LEARN MAGIC. Oh how I wish we did. Deens doesn’t teach magic, which is far more interesting than Math and English. And yet, I wonder, if a wizard never learns that 11 Galleons, 7 Knuts added to 27 Galleons, 15 Sickles is 38 Galleons ,15 Sickles and 7 Knuts – well then, how does he ever manage to do his shopping? I guess Math isn’t that pointless, after all…

Gunjur may be far, but not as far as Hogwarts

It takes us a bit longer to reach school every day here at Deens Academy, but that is nothing compared to a school that is located in Great Britain. Hogwarts is simply too far for anyone from India, even with magical transportation.

So as you can see, Hogwarts School of Witchcraft and Wizardry may be the dream school for many, but our Deens is also one of its kind. I study here at Gunjur campus and have been entrusted with many responsibilities and authorities which I never dreamed of getting. I bet that this academic year will be the most exciting and satisfying one. And here’s hoping it will be just as memorable for you!